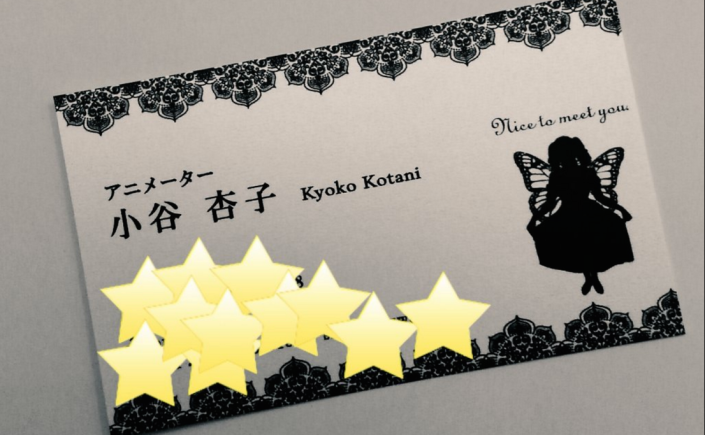 The second and final part of the interview with Kotani Kyoko, an animation director for Gundam Iron-Blooded Orphans, JoJo’s Bizarre Adventure, Kuroko no Basket, and Uta no Prince-sama and many others, as well as a key animator for shows such as Durarara!! and Fullmetal Alchemist: Brotherhood. If you missed it, be sure to check out part one of the interview!

The original Netlab article can be found here.

Difference in animators workload now and then

— The other day, while interviewing another animator, I heard talk that raising the price per cut would make workers slower and less likely to work to improve themselves.

Kotani: I haven’t heard of anything like that; only that an “effort-reward” system is necessary. If we had a fixed salary, it would give the incentive to finish within the deadline, meaning people would only take so many cuts. There are a lot of in-between staff who work under harsh conditions, so at the very least it would be a good idea to look into subsidizing rent and getting rid of limitations on work transportation expenses.

— There isn’t some way to have fixed salaries?

Kotani: Animators can pursue both speed and quality. But, the pace and quality are different per person, so there is valid reasoning behind the commission system.

— I see. When you entered the anime industry, did you see this problem with working hours and conditions?

Kotani: When I first started working in a production company I was strictly told, “no working on Sundays” and “no working late into the night.” There was an importance put on working until the set time that created an environment where working overtime was seen as dishonest.

— What do you think about the pay for newcomers?

Kotani: During training period they make about ¥70,000 [roughly $700 USD/ $840 AUD/ £480 GBP/ €560 EUR] a month and work on shows aimed at children that have few lines, so at most they are drawing about 800 cuts in a month. However, the struggle I faced as a newcomer and the struggles faced today can’t be compared.

— Is that because the production process is different?

Kotani: When I first started out, it was all analog, we used cels, and did everything by hand. There were restrictions on how much photography work could make it into the production. Now the use of digital has increased, bringing along with it an increase of work, which is why the struggles can’t be compared.

— It seems like there are people that think struggling when you’re young is a good thing.

Kotani: Among animators, there are those that glorify their past struggle and think, “If I had to do it, it’s better if they do too.” They most likely don’t want to diminish their efforts, but if there is no growth from all the struggle, then there is no point. Some newcomers are taking on drawings with lots of lines, and it’s challenging.

— Have you always wanted to be an animator?

Kotani: No, I actually wanted to be a background artist. Upon entering art school, I studied many different fields and ended up working more towards being an animator. Until I joined a production company, I didn’t even know that animation director was a position.

— That’s unexpected. Is there any work that left an impression on you?

Kotani: Red Garden, Blood +, and Gundam 00 have all left an impression on me. Red Garden was a rare instance of recording the voices before drawing the scenes, and the story was fascinating. Blood + was a year long production, so I have a bit of an emotional attachment to it. Gundam 00 was the first Gundam series I ever worked on, so it has stuck with me.

— Why do you think there are so many adaptations of manga?

Kotani: It’s normal for popular manga to get an anime adaptation, it’s been like that for awhile now. We already know the story, so it’s easy to produce. This isn’t the case for all anime, but sometimes an adaptation will exist to create hype around the original work. I do think it would be great if there were more original anime.

— While working, do you ever get emotionally attached to characters?

Kotani: I try not to pick favorites. I leave it up to the viewers to pick which character they love.

— At a certain production company, an animator uploaded the details of their salary, what are your thoughts on this?

Kotani: I have a lot of opinions on that incident, but I think that animator moved with the intention of bringing awareness and help to their fellow animators. The company in question does not lack people that view them as a good company, but I have my doubts as to whether it’s a statement made by someone from that studio. However, I can understand all the problems that could have happened to arrive at those tweets.

— What do you think about that production company?

Kotani: To burden the in-betweeners with work transportation expenses during a financially difficult time is a little much. They should be a company where it’s easy for the staff to work.

— Many people say, “You have to buy the Blu-ray to fund a second season,” what are your thoughts on this?

Kotani: There are some anime where the second season is already decided before the first airs, so that isn’t necessarily the case. With children’s anime the profit from the toys tell the story, but when those sales aren’t possible, Blu-ray sales are a major factor in seeing what stands out. When a first season ends, companies will look at what’s popular and decide to make a second season based on that, but I don’t know whether that popularity comes from the Blu-ray sales or not.

Not from the original article.  Market size based on estimated revenues in animation and animation‐related markets where Blu-ray sales would enter into the purple “Video” section. [1]

— How do you feel about animators lives outside of the work conditions and creations becoming a topic of discussion?

Kotani: Although not intentionally, I have found myself working together with alongside others who are self-employed, like a production company, so I wonder if it’s difficult for others to understand. However, it’s necessary to repeat that it’s possible to live a normal life if you put in the effort.

2 thoughts on “A Female Animator’s Take On The Current Anime Industry Pt. 2”