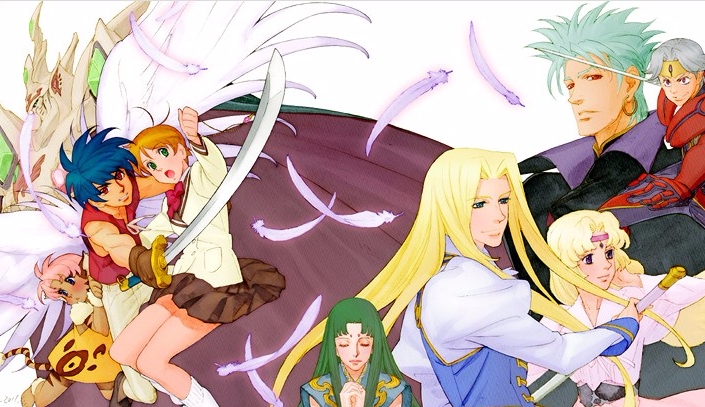 — Wasn’t Kawamori Shoji the one who put the original plan into action?

Akane: Yes, but, looking back don’t think it could have been any other director. I had just entered Sunrise and was working closely with Tomino (Yoshiyuki), so I believed that it was essential for directors to control every part of an anime for it to succeed. When I was nominated to direct I was honored, but, because I was in charge, I wanted to have full responsibility. I didn’t mind having Kawamori’s input on the scenario, but as the director, I as asked the producer Minami (Masahiko) to entrust me with the storyboards. He gave me the ok, I put the scenarios through the ringer, and reconstructed the development of the drama within the storyboards. Even before I became a director, when I was an episode director, I had the idea of wanting to move mountains, and I came to like that method.

— Like the fact that you made a shoujo manga/robot fusion anime?

Akane: Rather than a shoujo manga I thought it would be better to draw a muddled love/hate story that captures the depth of a girl’s mentality. An example I bring up is Saimon Fumi’s works. When I read her manga P.S. Genki Desu, Shunpei, a love story between a college student and a boy who failed his entrance exams, I had a good feeling about it. That’s why, I guess, I’d say it’s more the feeling of a female author’s manga over a shoujo manga. They’re able to depict the mind’s complexities — the complex calculations in contrast to the pure out-there moments. At the time, anime with beautiful women were rather popular, so there was no lack of good heroines aimed at men, but I thought writing a more realistic female character would be cuter. That’s why our heroine, Hitomi, is stuck between two guys — thinking about it now, she became a rather troubling girl (laughs). However, because Sakamoto Maaya realistically portrayed the pure intentions of Hitomi, you don’t have words of spite for her. If it wasn’t Sakamoto, it’s possible that there would have been a lot more hate towards Hitomi.

— That’s probably the reason there was such support from female fans.

Akane: Because there were robots, you could say that it was a premise that was obviously aimed at male viewers, but, at the same time, you could say that simply because robots appeared men would decide to watch it on their own accord. That’s why my plan of attack was to write a story that the female fans could sympathize with, a realistic heroine. When we had an overwhelming response from our female fans though, I was rather confused (laughs).

—Looking back on it, what do you think was the most alluring part of the anime?

Akane: Originally, it was what I liked most about Minami, the production of the action scenes. The mech fights alongside the inter-personal fights all had impressive displays of action. It was also thanks to him that we were able to gather such fantastic animators like Sano Hiroshi as mechanical director and Nakamura Yutaka, the animator behind the openings fight between Escaflowne and Scheherazade. I think now I’d have to say that it’s the pinnacle of hand drawn action. That, and the fact that amidst all the blood filled fantasy scenes there is this pure romantic development unfolding that is still fresh and enjoyable today. Personally, as my first directed anime, there are a number of things I did well and an ever larger amount of things I didn’t. That regret, that frustration, it became a clue or a driving force for my following works. It’s where I started from, and I hold it very dear to my heart as my special work.